Mentor Coaching
​for ACC or PCC

Mentor Coaching for coaches at the level of ACC or PCC is offered
​with five sessions of group mentor coaching and three 1:1 sessions in order to meet International Coach Federation requirements. This is a unique opportunity to get mentored by a Life Coach who is at the level of MCC an accreditation only 3% of coaches has.
The groups are of minimum 6 people and maximum 10.
​This combined program of 1:1 and group mentoring, provides students - coaches the 10 hours of mentor coaching required by the ICF.
In case you are not interested into1:1 mentor coaching, there is the option to attend two group sessions.
Coach- students are able to use 7 hours of Group Mentor Coaching for the purpose of meeting the ICF Mentor Coaching requirement, and also can use any additional mentor coaching hours as CCEU.

Payments can be made in 2 instalments
one in the beginning of the training ​and one after 45 days of the begging of the training.
Investment is 3.000 USD.
​There is a special offer of 1120 USD for the total of the 10 sessions.
The 60% price reduction is valid for limited time only.
​
Yes, please let me know the dates to start! 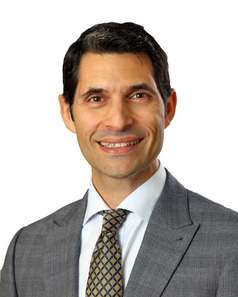 Giuseppe Totino, MCC, is an Executive, Leadership and an ICF Registered Mentor Coach, ICF trained to assess coaches wishing to master their coaching competencies and progress with their ICF credentials. He is also a Certified Facilitator with the International Association of Facilitators, and a Certified Mediator and Nutrition Coach.

​Giuseppe has worked with more than 1000 top executives, middle managers, emerging leaders and teams coming from around the world. He has lived in and travelled 4 continents specializing in Leadership, Coaching, and Communication and Conflict Management by guiding clients and conducting workshops and classes internationally. Giuseppe has appeared in several magazines globally including Men's Health, and CEO Life and Money in Turkey. He was named one of the most influential coaches in Turkey by Money magazine in 2012.
​​Before shifting his professional focus to Coaching and Training, Giuseppe engaged in a corporate career for 11 years. His experience includes launching the London-based operations of an international financial group, advising FTS E 250 at a 'Big 4' Consulting Company, becoming a UK Chartered Tax Advisor, and setting up his own organization in the fashion business active over two continents where he served as the CEO, before becoming a professional coach.

His corporate clients include large multinationals like Ferrero and Coca Cola, and he has experience with a multitude of industries and nonprofit organizations. He is both a coach and a training facilitator for the United Nations Secretariat Management Development Programme, including the Department of Peacekeeping Operations, the UN Framework Convention on Climate Change, and the International Criminal Tribunal for the Former Yugoslavia. Also, he is a coach for the UNHCR Management Learning Programme and FAO’s Foundations of Management programme.

He recently moved from Europe to live in the USA. He is addicted to tango.
Contact